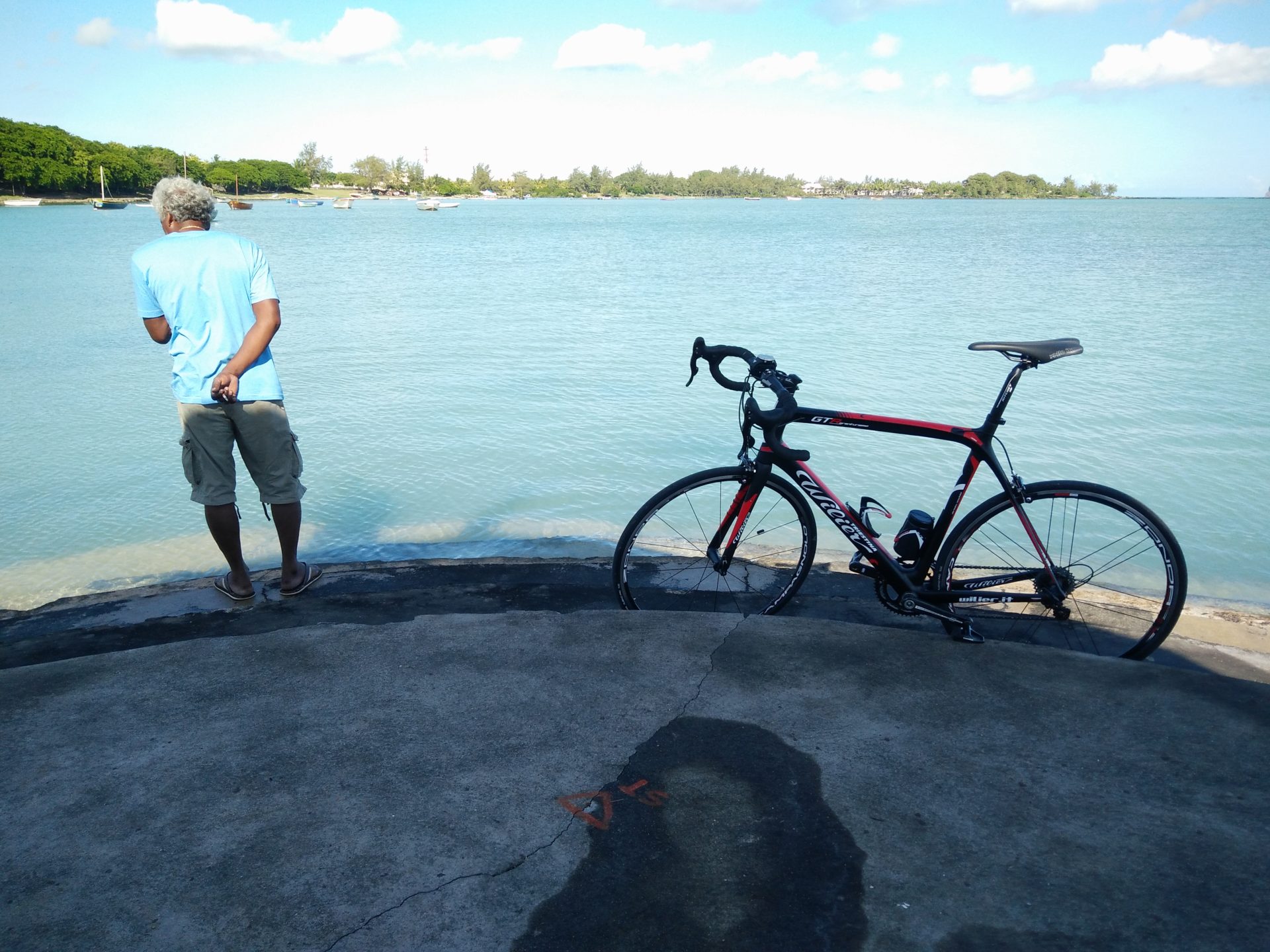 Then it was time to explore another part of the island. I decided to go to the North East part of Mauritius, this time I tried to keep the ride as close to the coast as possible, to get the best view of the Ocean.

At the start of my ride I had the same feeling: beautiful roads, few cars and perfect weather. I went into few side roads to try to reach the sea but I did not succeed. First, I ended up in a village with beautiful villas where I bumped into an angry dog who barked and run towards me, I scared it away with a loud shout! There are quite a few dogs roaming the island streets, but they seemed harmless. 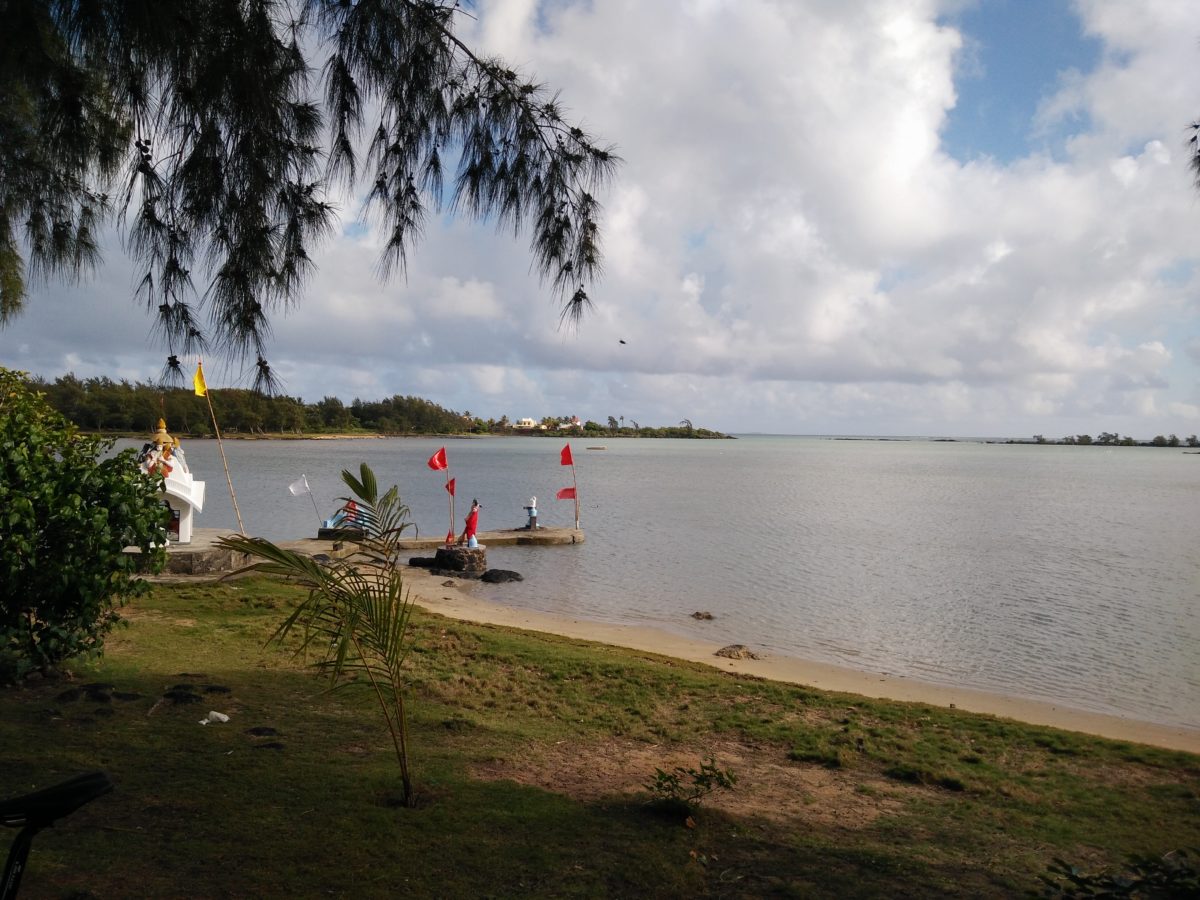 After few miles, I arrived at Goodlands the very first little town I went through.

And this was also the first time I found myself into traffic in Mauritius: with buses, cars and mopeds running in the street in a wild frenzy. I had to be extra alert while going through this random traffic.

Arriving to a busy little town gave me also the possibility to enjoy the many colors and the many scents and smells of the village, witnessing the waking up of local life and businesses.

I thought they were not used to seeing a cyclist in their town, but I met few of them during my rides. I met few guys riding solo in the morning, a group of very fast riders that looked like they were doing some intense training and also a group of 20 foreigners going around in a very calm and relaxed way. So I was not coming from another planet, I was one of the many cyclists who are riding the Mauritian roads these days, and I understand why!

There were a few buses in and around town and if you ride behind the hear released by their old engines is quite strong: they are always trying to go fast and overtake you as soon as they can, but after few meters they stop at the bus-stops, so it is like a game of cat and mouse, so I did my best not to end up like a mouse. Another dangerous wheeled creature are the private air-conditioned mini-buses. You see a lot of them in the morning, driving fast to bring tourists to the beaches, and they don’t want to waste time behind a slow bike, so you need to watch out for them!

After Goodlands, I took the road to Grand Gaube, a little village with a really nice walk on the sea and some private beaches. The road from Goodlands to Grand Gaube is a long straight line with bumps and traffic which I would have avoided if only I knew about it. But the joy of getting to the sea at the end of the road and resting at the end of a little pier was worth the last couple of miles. That was the end of my little adventure for the day, time to go back from the main road where I came from.

He is a rider since the day he was born. He rode his first road-bike in 2015 after testing all sort of sports: "I can keep doing a sport without my Achilles tendon suffering", but he then started suffering on the climbs around Lake Como. He has been working for digital companies for 20 years and he loves to sail (without suffering). He rides a Wilier GTR 2015, a Passoni XXTi Campu Super Record + Bora and a Canyon Neuron. You can send him an email here max@bklk.it