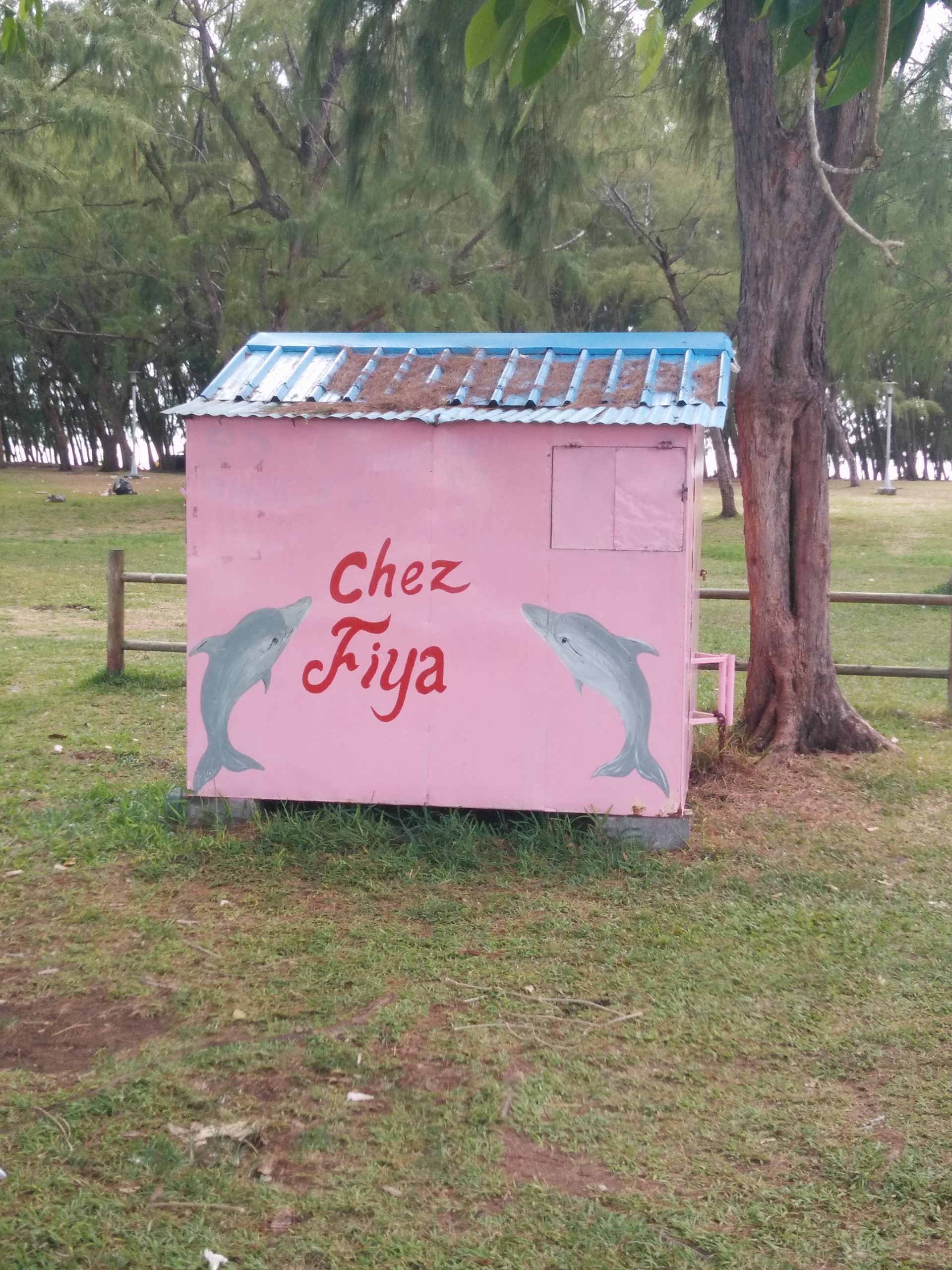 Typical selling point on the beach

The first ride was a real surprise.

I was a bit concerned because I had to remember to stay on the “wrong” side of the road, in Mauritius people drive on the right. But that was not a problem at all. I had only a shock once, when I naturally started to drive on the “right” side of the road after I stopped to take few photos. I saw a bus from long distance coming into what was actually the correct side of the road, luckily I had all the time to move on the other side, that was the last and only time I made that kind of mistake: lesson learnt.

Coastal road close to the beach

From where I stayed, the Azurri village in the East part of the island, I decided to try and reach Flacq, a little village, which was 20Km South from my starting point. I met very few cars on my way and that was amazing, every cyclist know how annoying cars can be. But in my first ride in Mauritius I only met a dozen cars, what a great surprise! I believe the timing of my ride was quite key to have the road almost car-free, but as I discovered later on, the choice of the road was quite key as well.

I went the wrong way few times, but that was part of the game: I wanted to discover where I was by going where I felt like it was worth it. Those diversions made my ride longer than expected: I had to turn and go back at some point because I was not sure about timing and the family at home was expecting to get some seaside time.

Short bibs what a joy!

A key element to remember when you decide to ride in Mauritius is that you won’t get a clear day in summer, especially in the North. You only get cloudy days which can remain cloudy with the sun coming out regularly, but also cloudy day in which the sun doesn’t come out at all. But that doesn’t mean that the sun doesn’t burn your skin or that the temperature is not pleasant. But showers are happening often and that’s why I decided to bring a sleeveless waterproof light jacket with me, but that is really something I gave up soon. Showers are a relief to the humid climate you find even in the morning, and getting some fresh water on your face and body is so refreshing that any cover is useless: enjoy the fast and quick freshness and get wet as much as you can.

He is a rider since the day he was born. He rode his first road-bike in 2015 after testing all sort of sports: "I can keep doing a sport without my Achilles tendon suffering", but he then started suffering on the climbs around Lake Como. He has been working for digital companies for 20 years and he loves to sail (without suffering). He rides a Wilier GTR 2015, a Passoni XXTi Campu Super Record + Bora and a Canyon Neuron. You can send him an email here max@bklk.it